The Guest (Korean Drama) is a Must-Watch

Annyeong! 🤗Oh wow, coming off from a successful run, The Guest is truly such a delight to watch. It's another feat for a Korean drama to deliver this amazing take on classic story of exorcism and possessions. It's sooooh good (with perfect story, production, casts, acting, and soundtrack) that I feel I can make my friends and family watch it, even those who are not into KDrama. I’m so affected, involved, scared and everything in between. It evokes all sorts of emotions to make you truly invested in each and every one of them.


The drama features Kim Jae Woo as Father Mateo.  Kim Dong Wook as Hwa Pyung, and Jung Eun Chae as Detective Kang Gil Young. It's a complex drama as expected with exorcism, shamans and possessions. Dark, dreary, suspenseful, scary and still heartwarming. It helps that they have such strong support group that rally behind their cause and cushions their sadness. Though, I feel it's weaker for Father Mateo, so I'm happy to see that he warmed up to the team. Personally, watching this reinforces my Catholic Faith.

More so, the guest stars and everyone else are as amazing. It's so very well played and acted, during all their struggles and when they were possessed. It's thoroughly believable. Their acting speaks so much than any effects. Plus, there's Heo Yool, who is so equally adorable and lovable in Mother. 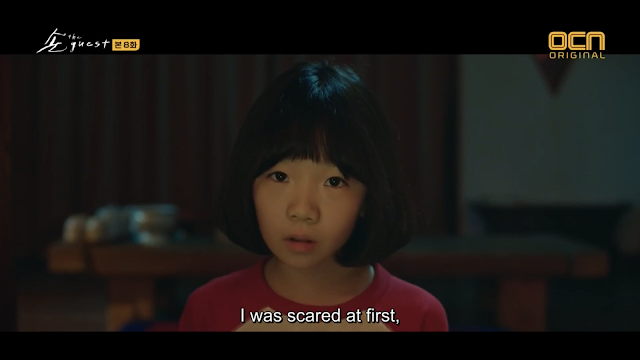 This drama also reunites Kim Jae Wook and Kim Dong Wook from their Coffee Prince stints.  Hmmm, maybe Yoon Eun Hye reunion with Kim Jae Wook can work too. I need a romcom after this. And I badly need Kim Jae Wook to do another drama that he finally gets the girl.

I haven't seen Kim Dong Wook outside of Coffee Prince, but I like that he owned Hwa Pyun. Yes, he's dejected, but he has a sincere intent to change and to heal. He's not some petty, oversensitive albeit sometimes careless hero. He's passionate, but grounded more often than not.

This is also my first time watching Jung Eun Chae. She's so pretty. She pulled off the sassiness and the heart required. I love her. 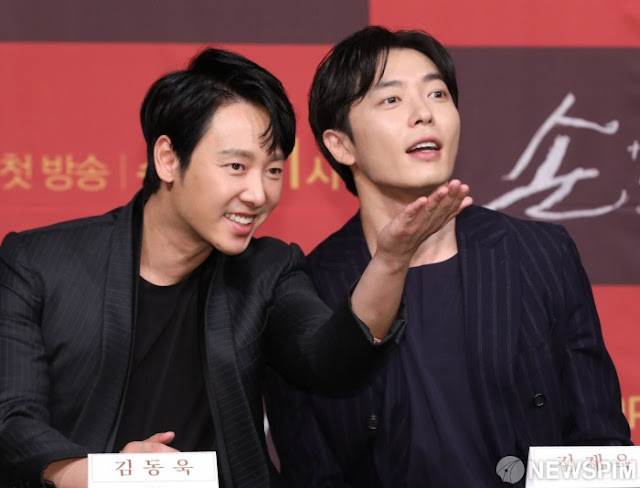 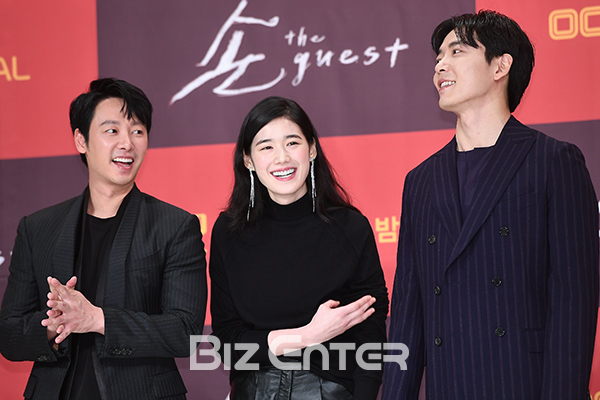 Outside of the drama, with their behind the scenes, there so much camaraderie in play. Can we have The Guest 2 , please drama gods?!
Posted by ChicSassyMom at 12:03 PM No comments:

#NoonaDiaries of ChicSassyMom for everything Dramatic (Korean, Chinese, Thai)

Annyeong! 🤗OMO, after years, I finally resurrected this blog site, and yes, it's now a (dot)com. Connect with me also on the following social media platforms as @NoonaDiaries on IG, FB and Twitter.  I wanted to do something dramatic for the come back, like a Choi Siwon's (of Superjunior) post from his recent Stanford University Talk, but real life happened, so I had to miss it. Anyhow, I'm an ahjumma fangirl chasing California dreams, missing Seoul, and fan meetings. I do DIY Korean meals because Shik Do Rak is miles away. What's working for me is a very, very, very good internet connection so I can watch dramas to my heart's desire, although I'm still recovering from the shutdown of Dramafever. 😅

Here's a quick round up on what have I been fangirling and obsessing about. Sorry,  but I will redirect you to my post on my other blog site. Fresher contents soon here.

Lee Joon Gi is my one, true, oppa. He is my first love. So he'll always have a special place in my heart. I'm dying to see him in person. I have no such luck yet. 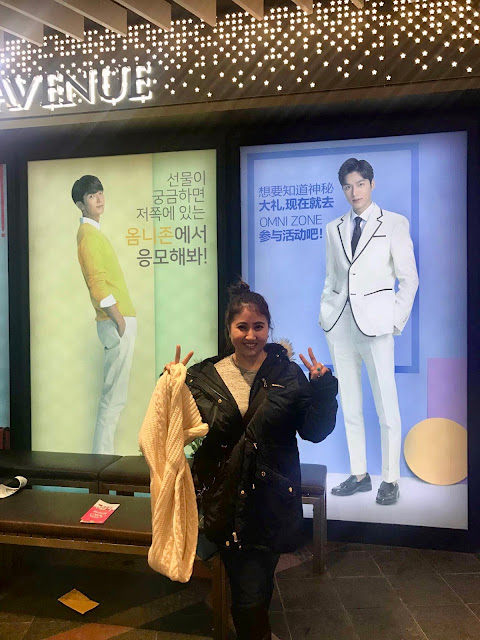 Lee Min Ho compelled me to attend fan meetings (first time, I was even on my own). Many fan meetings after with him, I am forever a Minoz.

Sadly, I moved on from Jang Geun Suk considering this blog site was made because I got crazy over him after You're Beautiful. Oh well, Lee Min Ho happens, and more oppas and dongsaeng and more dramas, I moved on to another fandoms.

Lately, I'm back to Chinese Dramas. Ten Miles of Peach Blossoms lured me in...and then Deng Lun happens. Meeting Deng Lun (coincidentally) in Because of Meeting You (Chinese Version of KDrama Jang Bori is here) made me rethink how I wish my lifetime would be. Hah. Before, I'm dead set on being reborn as a Korean. Now, I can be both, regardless.

I'm leaving you with a Deng Lun's video to love and to hold. More on my IG.

Posted by ChicSassyMom at 8:10 AM No comments:

Find Me Here Too

I am obsessed with Korean Culture! I ♥ Kdramas! I can "not eat" & "not sleep" to finish a 16 episode & counting drama! I literally got hit by the Hallyu Fever! I got sick for not sleeping (staying up until 6am & then to wake up at 9am)!haha!
A treat to a Korean resto is my ultimate perk me up moment! On my playlists are Boy's Over Flowers and You're Beautiful OST!
I'm overly emotional and melodramatic. I easily get teary eyed on practically both happy and sad things! Beethoven Virus made me cry with delight! It's my Glee Korean Version. :-)
Read along with me on my ravings of my Hallyu addiction!
Saranghaeyo!♥♥♥

What's in a Word?

♥ Hallyu or Korean Wave, is the growing aspiration to know more about Korean culture. The road to Hallyu is trodden everyday by new visitors who are warmly welcomed by Korean people and fascinated by the culture."
Hallyu goes beyond the love for television and movie stars. It is about fully appreciating the Korean culture portrayed through them.
♥Noona-what boys refer to their older sister, or for any girls older than themselves.
Reality Bites! Awww! I'm a Noona! :-)